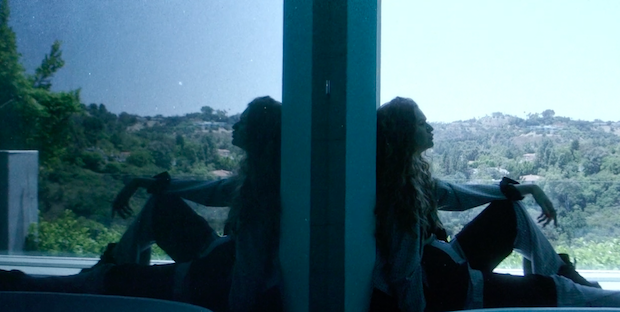 Dark/Pop’s newest powerhouse, Cloe Wilder, is a force to be reckoned with. Armed with incredibly powerful songwriting skills, in addition to a voice beyond her years, 13-year-old songstress Cloe crafts melancholic, yet fiercely relatable songs that touch the deepest parts of the human psyche. Championing the concept of accepting one’s mental health issues and embracing imperfection, she is set to become a revolution in her time, starting with her flawless debut, “Overthinking”, and carrying the torch with her newest single, “I Don’t Wanna”.
Today sees the release of the music video for her new single “I Don’t Wanna” (Ft. Bryce Xavier + Mikey Tua), which was produced by Grammy-winner Jayme David Silverstein.“This song is about some of the people that impacted me the most, and I almost let them become a memory way earlier than they should have. Friends are a tough thing for me to write about because I’m so used to playing pretend with writing (my age requires that sometimes), but this is anything but that – this was real, and no song I’ve written has done reality justice”, says Wilder.  You can follow Cloe Wilder and stay up-to-date with all upcoming music, news and tour dates via the following links:
Website | Instagram | Facebook | Twitter | YouTube | Spotify | iTunes/Apple Music