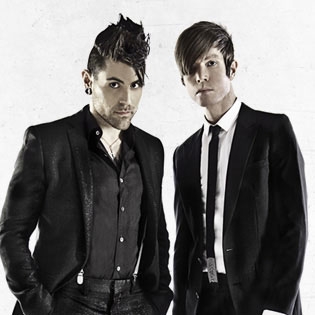 Blaqk Audio consist of Davey Havok and Jade Puget (both from AFI). They have just released their first material since 2007’s release of CexCells. Their new song “Bliss” can be heard below. Their sophomore album Bright Black Heaven is set to release on September 11th via Big Death Records.