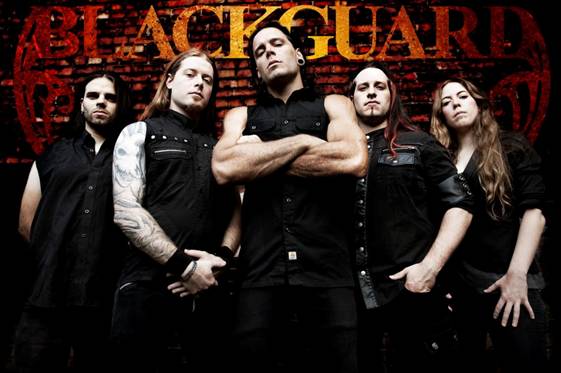 Blackguard has released an official statement regarding the pre-production for their fourth album Storm which you can read below. They will also be supporting EPICA on tour this fall.

We are currently hard at work and pre-production is coming along very nice. Everyone here is ecstatic over the material we have. Our new guitarist Louis is a riff machine and working his ass off to help make this the best BLACKGUARD album to date. The writing process this time around is unlike anything we’ve done before. In the past, one or two people would make up the vast majority of material for the album. This time, however, everyone is contributing ideas and music and the results are beyond my expectations.

We will be heading into studio in September to start tracking and we’re hoping to have the record out in early 2013. Lyrically, I’m taking a step into new territory by trying my hand at writing a concept album. This won’t be as intricate or vast as “The Emerald Sword saga” or “The Metal Opera”, but this will be an exciting and new challenge for me nonetheless.

That’s it for now. We’ll try to update everyone as often as possible. In the meantime, keep your eyes open for some exciting tour news that will be announced in the coming weeks.