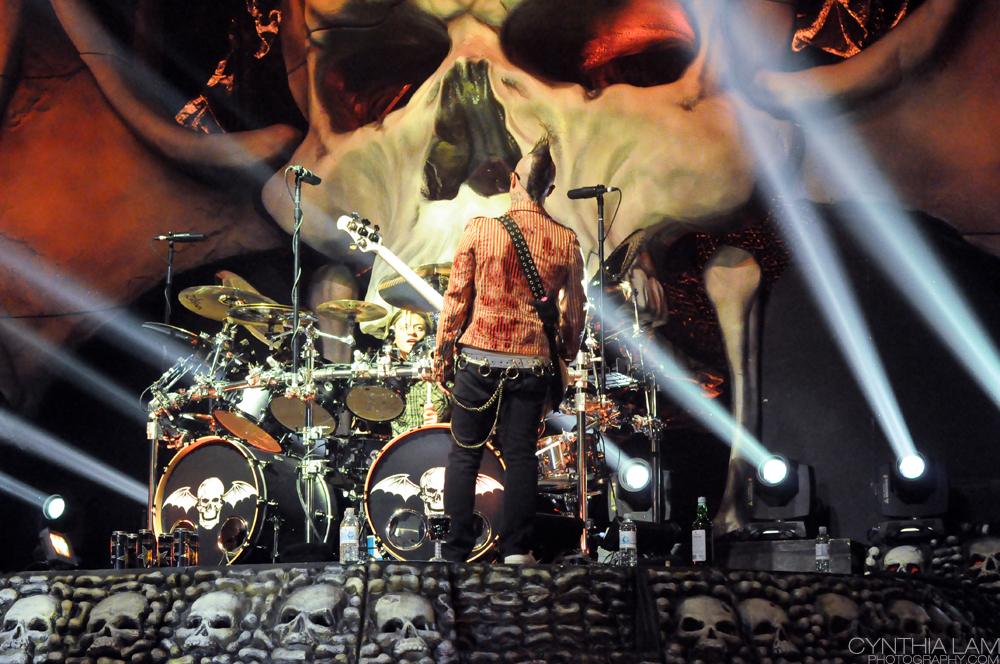 Avenged Sevenfold‘s show in Jakarta, Indonedia has ben cancelled due to security reasons. Check out a brief summary of what went down below. There hasn’t been a statement from the band.

Rolling Stone – Jakarta, Avenged Sevenfold concert planned to be held Tuesday (1/5) tonight at Carnival Beach, Ancol, Jakarta finally officially canceled by the promoter of only a few hours before the concert was held.

“As we have a non conclusive situation here in Jakarta on the day of the concert, we would like to inform you that we regretfully have to cancel the show, for the sake of the band’s security and unforeseen circumstances. Thank you very much for your kind understanding and cooperation. Best regards, Entertainment Ranger,” written at EnRanger, the official Twitter account one of the organizers of the concert in addition to Showmaxxx Entertainment.

A very abrupt concert cancellations are automatically lead to disappointment of thousands of Avenged Sevenfold fans who have come to the site since the day before the concert. According to Rolling Stone in the field monitoring, dozens of police looked directly involved the cancellation of the concert told the news to the crowd via megaphone.

“The event today was postponed. We really understand your feelings. The committee is being questioned by police. If you do not agree, you can go to the police. Refund not only in Jakarta, but the ticket box is available in every city,” said M. Iqbal, North Jakarta Police at the crime scene.

Avenged Sevenfold until has not given official information about the main cause of the cancellation of their concert in Jakarta was via Twitter or their official website, a representative party promoters contacted by Rolling Stone to the news was revealed also yet to give its response.

“The new promoter explained verbally to me today that the concert had to be cancelled because Avenged Sevenfold’s management reportedly questioned the security conditions in the capital today as May Day,” said Doddix, Superman Is Dead manager of Rolling Stone when contacted via telephone.

Superman Is Dead originally was slated to be the opening band Avenged Sevenfold. Doddix also explained that it was not until this afternoon to do the soundcheck at the venue for the area since the early stage is still dominated by Avenged Sevenfold concert production team.