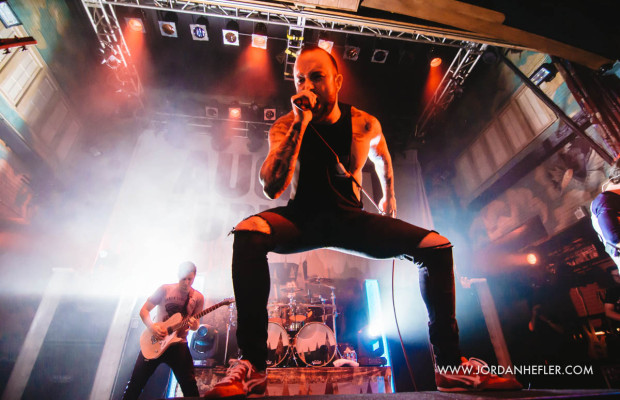 On December 12th, hardcore bands Wage War, Polyphia, Stick to Your Guns, Every Time I Die and August Burns Red stopped by the House of Blues in New Orleans, LA on their tour. The venue was packed and it was definitely a rowdy crowd the entire night long. Special guest Jason Butler of letlive joined Every Time I die as frontman, as their vocalist Keith Buckley is taking the rest of the tour off to spend time with his newborn baby and wife. This substitution did not disappoint; Jason Butler not only has a similar appearance and vocal style with the band but he also delivered an exciting performance complete with climbing stage equipment to sing from the House of Blues balcony and jumping off onto the stage. (I tried, but unfortunately did not come away with any usable photos from this crazy moment.) August Burns Red headlined the tour with emphasis on their new 2015 album, “Found in Far Away Places.” They also performed songs from their Christmas album, along with red and green lighting (and drummer Matthew Greiner wearing a Santa hat.) It was very amusing to see the crowd moshing to a metal version of “Frosty the Snowman.” The bands expressed interest in going out to Bourbon Street in New Orleans after the show to celebrate the birthdays of some members on tour. Hopefully their trip to New Orleans did not disappoint and they have shows as high-energy as this on the rest of their tour!