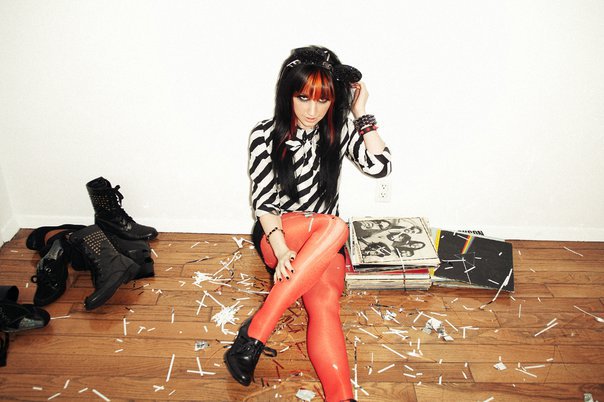 Ashley Costello, vocalist of New Years Day, released a statement about her collapsed at their show in Santa Ana. In regards to the accident, she has issued this quote:

“I did collapse on stage during our set on Friday but it wasn’t caused by anything except stage equipment. I’m really clumsy and fall ALL the time while we play but haven’t ever been seriously injured before. During our 2nd song I took a step back and rolled a little on a chord. I fell and just happened to land badly on my right knee and right arm. I dislocated my knee severely. I mean, it was gross. I was wearing black tights so I couldn’t tell but I thought my bone was sticking out of my skin! It looked really bad. The reason I was rushed to the hospital was because it would have been too painful to put it back in place without being put under and x-rays being taken first. It was the worst pain I’ve ever felt. William Control was the first to see me and his exact words were “holy f*ck!!” The amount of love shown on the Fight To Unite Tour has been incredible. We live up to the tour’s name, all bands are united. Every guy here now calls me bad ass! The guys in BOTDF and my band even wore white knee bandages on their knees in my honor. They all texted me making sure I was ok and the bands gave shout-outs thru twitter. I really feel the support from this tour. And the concern from the fans has been overwhelming. #feelbetterAshley was a trending topic on twitter, I had no idea so many people cared. It sucks because I can’t play the kind of shows I’m used to but the amount of love and support shown has made it worth it.”