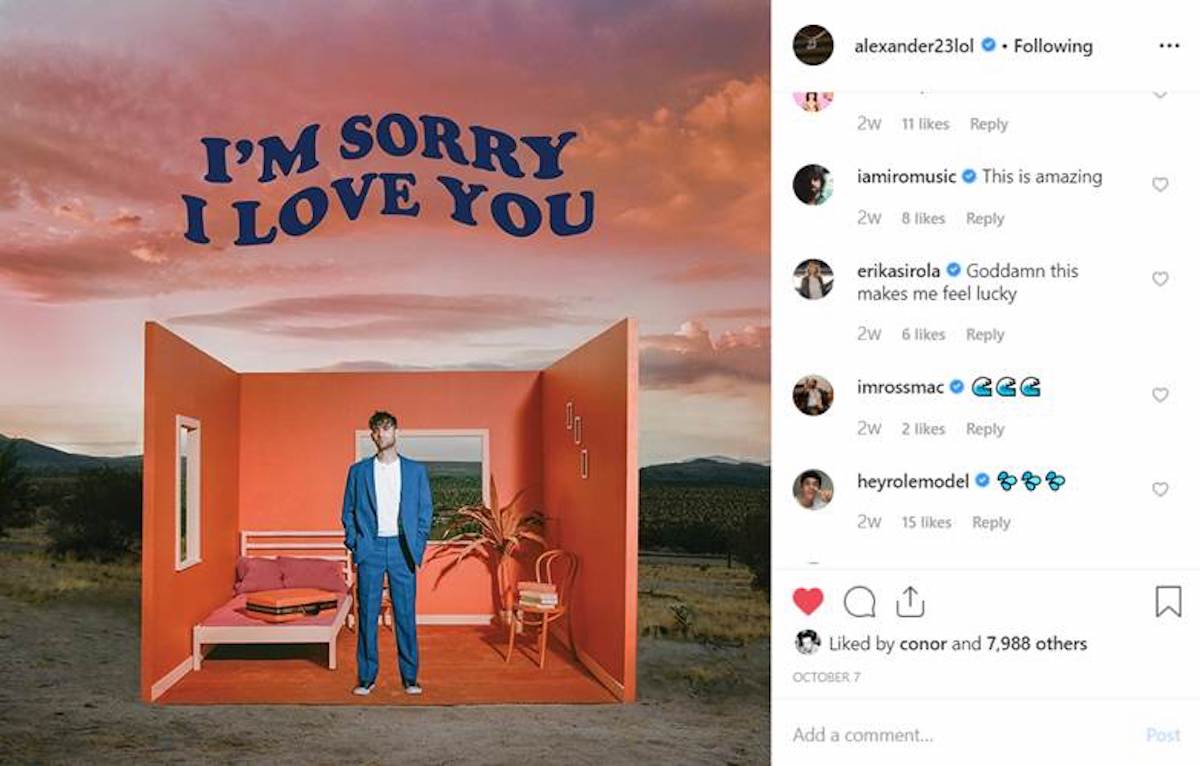 Chicago pop musician Alexander Glantz, better known by his moniker Alexander 23, has been creating a major buzz since signing with Interscope Records and releasing his debut single “Dirty AF1’s” earlier this year.  Soon after it’s release, he was invited out on Alec Benjamin’s sold-out North American “Outrunning Karma Tour”, leading him to increase his already growing fanbase.  Having released several singles since then, he sets himself apart in the industry through his ability to play multiple instruments that include the drums, bass, guitar and piano, creating a unique sound of his own.  Although he can play many different instruments, his true love is songwriting, aiming to write songs that are completely accurate and honest to him.  Although many of his songs deal with heavy topics such as heartbreak and depression, he presents them in an upbeat way, with his lyrics reflecting his honesty while also leaving people feeling hopeful.  Having initially moved to LA to do songwriting production for other people, a sense of unfulfillment led him to start writing songs and making videos for himself.  Writing and producing music that is relatable to so many people has set him on a fast track to success.  On October 25th, Alexander 23 released his debut EP I’m Sorry I Love You, an album that, despite having a label, he produced entirely himself.  With goals as a producer, separate from his goals as an artist, he loves producing music for others.  He released his latest single “See You Later” recently, along with an accompanying video that you can watch below.  The song is about people’s misinformed conceptions of missing someone when they are gone and how missing someone means they held a special place in your heart.  He wants to make people think of the bad stuff as being good stuff.  Having recently toured the US with Oakland native Mxmtoon, as well as played shows with Omar Apollo, Alexander 23 will be setting out on tour soon with Lolo Zouaï, supporting her upcoming European dates.   You can check out his brand new single “Lucky” with Chelsea Cutler HERE.  You can follow Alexander 23 and stay up-to-date on all artist, music and tour information via the following links: