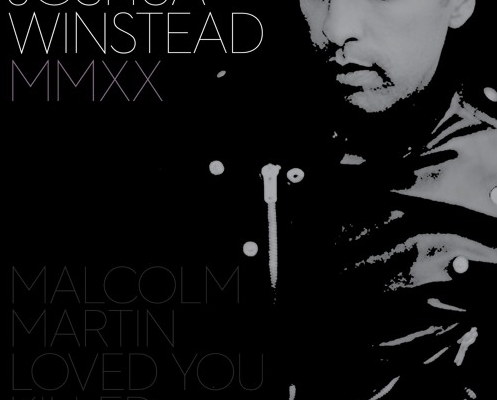 You might have heard of the name Joshua Winstead – the’s the bass and synth player of Canadian Indie Rock band Metric. He’s been working on a side project and is set to release his debut solo album MMXX on June 3rd via Royal Cut Records. After more than a decade and 6 albums playing with Metric, Winstead set out to record on his own with a desire to establish his own voice. He grew up playing in a number of rock bands where he was always the singer/guitar player and realized he really missed singing, he knew it was time to make his own album.

An extremely talented, multi-instrumental artist, Winstead wrote and produced the entire album on his own. With the exception of some live drums, all vocals, piano, guitar, bass, synth, harmonium and even trumpet were all performed by him. Though the album was primarily recorded at Brooklyn’s Mission Sound, a lot of work was also done at various studios across the world while Winstead toured with Metric.

While the underlying theme of the record is love and overcoming fear, Winstead says there’s also a deep political component to MMXX which he references in the album’s title. Winstead says, “MM stands for Malcolm X and Martin Luther King Jr., while the two XX’s have a double meaning representing lvoe and death,” he explains. “These two men loved you in different ways and fought for you in different ways, and they essentially died for the same reasons. Growing up as a biracial person, it was a deep and difficult thing to figure out what it means to be both black and white. The record amoung other things has a lot to do with coming to terms with racism and generally being an empathetic person.”

Winstead has already released a video for the lead track “One Heart” which you can find here and the album will be on sale June 3rd on his website and will be Pay-What-You-Want.

The album is flawless from start to finish, Winstead’s smooth, soulful voice combined with his thoughtful lyrics are mesmerizing. It’s an album you can get lost in, each track flows smoothly to the next as one cohesive piece. It starts off with “One Heart”, and unlike the released video sounds a lot fuller and more upbeat on the album. “Beautiful Prison” is next and one of my favourite tracks, it opens with a simple finger-picked guitar intro and continues to build throughout the whole song with layered vocals, bass, drums, electric guitar and more. Throughout the album Winstead’s vocals are reminiscent of the late and great, Prince, two songs in particular “A Posion Cup” and “Here We Are” which features a wicked guitar solo in the second half. You can hear some of Winstead’s musical influence from The Beatles in “Games” which ebbs and flows like “Strawberry Fields Forever”. From here the album takes a a bit of a slower turn with “What’s What” as Winstead sings of love and heartbreak. And although the next track “Frozen Lakes” picks up the tempo, the theme continues with learning to let go. “The Streets” is where we really hear the political component and his personal reflection and understanding of what it means to be a biracial person as he asks “What are you and who are we?”. The next track, “Cold Battle” is like an answer to the question Windstead asked in the previous song, he encourages personal growth and learning to love oneself. “The Time It Takes” starts off like a scratched record only to be taken over by a beautiful piano riff and Winstead’s seductive voice. Its another one of my favourites because of the way the chorus kicks in only to have every instrument except guitar drop out into the bridge I can’t help but think of David Bowie’s “Ground Control to Major Tom”. Last but now least, “It’s over now” Winstead sings in “Complications”, although most likely refering to the end of a relationship, he cleverly ends the album with this track and leaves the listener wanting more.

He really is a truly talented artist with incredible command over all of his instruments. There’s something for everyone on this album andI have to commend Winstead, to have so much control over every aspect of an album can be dangerous but he’s crafted an album that highlights his talents far beyond what we’ve seen with Metric. I hope to see much more from him soon.