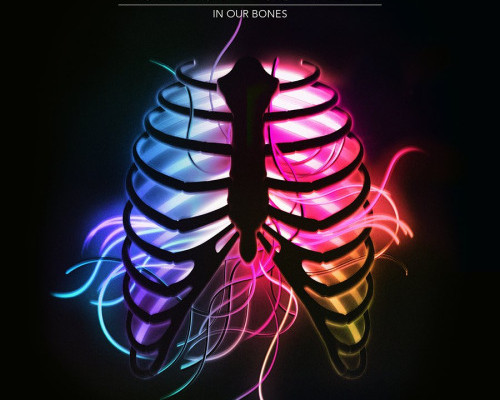 The 2016 Vans Warped Tour is around the corner with less than 90 days until it kicks off. Arguably one of the most anticipated bands set to play the tour, Against The Current, released their debut album, In Our Bones, this week via Fueled By Ramen.

The album starts with “Running With The Wild Things”, a powerhouse song that opens with strong guitar that will surely get the adrenaline pumping. Costanza’s vocals bust the door open and prepare the listener for what’s in store.

The album then flows into “Chasing Ghosts”, a slower song that provides listeners with a haunting vibe portrayed through Chrissy’s vocals. However, the slow acoustic sounds are short-lived as the band bounces back with the electro-pop song “Wasteland”. This song shows just how strong and talented all three members of the band are from the seamless unity of drums, synthesizers, guitar and vocals that all come together to create a personal favorite on the album.

The album closes with slow yet intriguing “Demons”, in which Costanza draws from her personal experiences with anxiety in an effort to show the listener that they are not going through it alone.

Against The Current have racked up thousands of likes on social media and are excited to be joining the lineup of bands set to play the full summer on the Warped Tour. The band is scheduled to play the Cyclops Stage alongside bands like SYKES and Waterparks. Their set will be a must see on the tour as the band has shared in the past that their live performance played an important role in the making of In Our Bones.
Rating: 4/5 stars