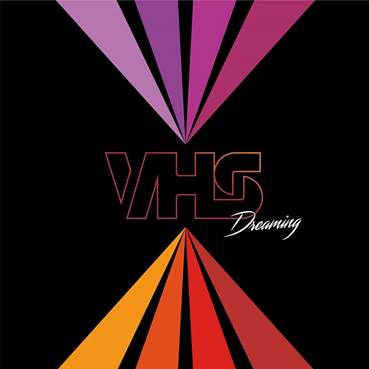 Brooklyn-based electro-rock band VHS Collection recently released their infectious new single “Dreaming”.  The band set up a rented AirBNB for three weeks in Los Angeles, during which time they wrote the track, a euphoric anthem about conquering self-doubt.  “Dreaming” is the band’s first single since the release of their album Retrofuturism, which was released in November of last year and touches on the themes of isolation, love, escapism, and patriotic skepticism.  “The song does feel in some ways an extension of Retrofuturism,” VHS Collection shares.  Formed in 2015 and comprised of Conor Cook, James Bohannon and Nils Vanderlip, the band has garnered over 50 million streams on Spotify and have songs licensed for several television shows.  They have performed at Lollapalooza, Governors Ball, Austin City Limits and Bunbury Festival and have supported artists such as Powers and Bloc Party.

VHS Collection kicked off their headlining Retrofuturism Tour on February 12 at The High Watt in Nashville, TN (including sold out shows in Seattle and San Francisco) and will wrap on March 23 at Irving Plaza in New York. “We’re excited to be releasing this one right before our tour starts. We’ll be playing in 24 cities on this tour and will be playing ‘Dreaming’ as part of the set,” said the band. VHS Collection will also be performing at Firefly Music Festival on June 23 .  You can find the remaining tour dates below and can follow the band and stay up-to-date with tour and music news via the following links.  Check out “Dreaming” below!