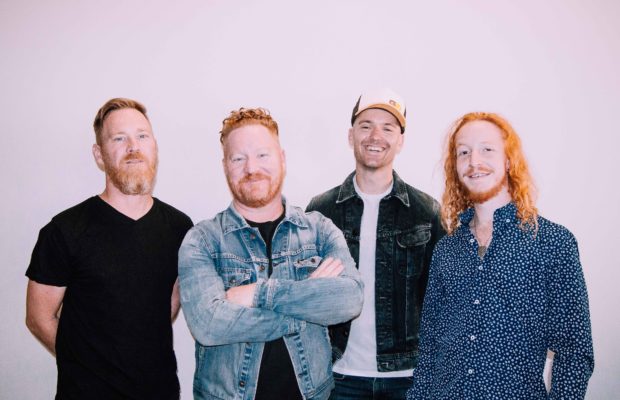 The debut album by South African indie band The Black Lapels was released today.  Comprised of Rob and Garth Warren (vocals/guitar/songwriter and vocals/bass, respectively), Gareth Gale (drums) and Rusty Red (guitar/vocals), the band has gained an impressive following and many dedicated fans with their gritty and distinctive sound.  The band formed in 2012 and took the stage as a tribute band honoring some of this century’s greatest musicians, including Johnny Cash, Creedence Clearwater Revival, Paul Simon and Bruce Springsteen.  With their combination of Top 40 hits and original songs that reflect their South African roots, they have created a dynamic live performance and garnered praise from local journalists for their fresh sound and popularity amongst KZN audiences.  The band has a passion for creating and sharing great music and when they are not touring, they can be found in The White Room, their creative headquarters, where they are always pushing their boundaries to create new and exciting original music.

“We have been playing as The Black Lapels for a number of years doing various things i.e. party band, corporate band, tribute band etc. It really got to a stage where we started to develop a unique sound as a group, whatever we played started to sound like The Black Lapels, I had some original material that I had been working on so it seemed a natural progression to put something down, although no album was planned it kinda turned out that way. We tracked drums wherever we found a suitable room, we were able to write lyrics right up until the last second which gave rise to inspiration whilst tracking vocals. To be in a position to not be ‘watching the clock’ gave us an amazing sense of freedom and enabled us to really harness our creativity. “explains vocalist, guitarist Rob Warren.

Guitarist Rusty Red adds, “We didn’t start out with the intention of recording an album. Rob had a couple of songs that we used to jam in rehearsals and had the idea to just get them recorded because, well, why not? We recorded the drums for the first songs in a theatre in Ballito in December 2017. With the drama that December can hold for musicians and the fact that the studio I was working in at the time flooded with the December rain due to some major renovations that were going on, the drum tracks we did in that session took a bit of a back seat and we didn’t really have a plan. Thankfully though, time has a way of revealing a path and soon enough Rob and I were at work fleshing out the songs and quickly developed a great working relationship. Once Garth had laid down some seriously groovy bass lines and we had a chance to listen to the finished songs, we finally had a taste of our potential sound. And that was it! Rob got to work writing songs, we’d meet with Gareth (who is an absolute mamba of a drummer) in various locations to do drums, Rob and I would arrange and flesh out the songs and Garth would make Gareth’s grooves come alive. Rinse, repeat and here we are! It’s been an incredible journey so far.”

You can follow the band and stay up-to-date with all upcoming music and tour dates via the following links.  Check out their track “The Other Side Of Love” from the EP below. Photo credit- Wade Weirdson.