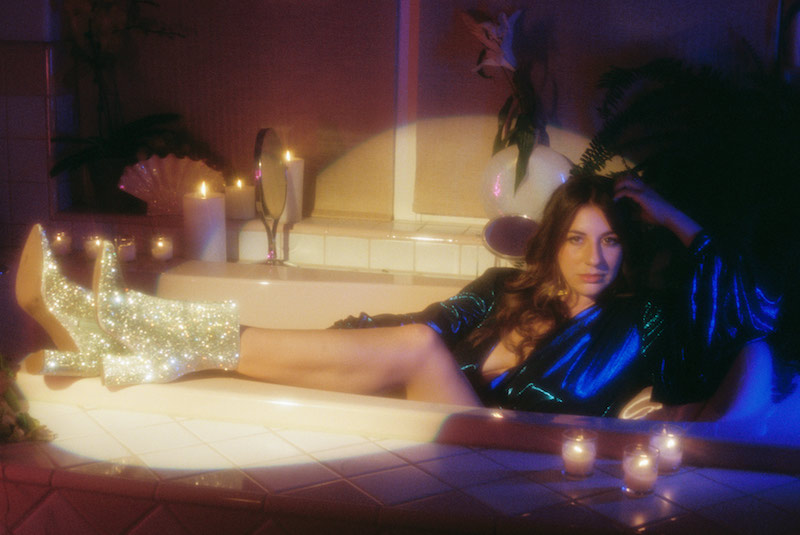 Electro-pop artist, songwriter, and producer, Siren and the Sea (Cristina Cano) is no stranger to lush production, mesmerizing vocals, and bold lyrical songwriting.  Today sees the release of her newest single “Fountain of Youth”, a nostalgia-infused hit, and a first in a waterfall release of singles in advance of her upcoming conceptual album, For Bathing, set to release in May.  “Fountain of Youth” aptly named is rooted in an upbeat and laid back 80’s era beat.  Its flowing soundscaping production, groovy bass lead (Ethan Fox Tucker) and clever lyrics invoke Cano’s aspiration to discover the recipe for endless youth and self-care goals, sarcastically pointing out that “luckily it’s not hard to be a woman.”  “I wanted “Fountain of Youth” to feel like I was filling up the tub [of her upcoming album ‘For Bathing’] with energy, bubbles, and good vibes,” said Cano.

Born in Hawaii, and raised in Miami, Cristina Cano’s Colombian roots come through in her tropical sonic aesthetic.  Having spent a decade as an internationally touring keyboard and synth player (Sallie Ford, Albatross), Siren and the Sea’s emphasis on textural synth work shines in a seemingly underwater realm highlighted by her dramatic vocals, and ear for composition.  Siren and the Sea’s upcoming album, For Bathing, set to release in May, is a sonic recipe for the self-care grounding ritual everyone needs right now.  The full-length album releasing via Digital, Vinyl, and CD takes the audience on a multi-genre journey from a flowy synth introduction to self-reflective pop ballads, and ending in energizing and invigorating disco and tropicalia.  You can connect with Siren and The Sea (Cristina Cano) via the following links: