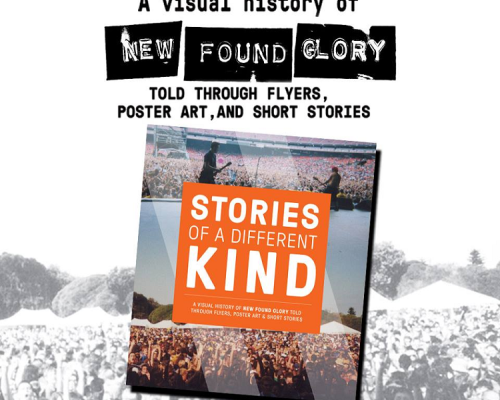 New Found Glory just released Stories Of A Different Kind, a visual history book on their years together as a band. All of the information can be found below.

When New Found Glory first started, a messy photocopied piece of paper was the way in which we would tell people about our shows. Never could we have imagined that such a simple, lost concept would now serve as the visual spark to reignite a lost memory. Stories Of A Different Kind is a storybook, but not a beginning-to-end narrative. It’s a journey through a time period that pre-dates social media: a time that newer fans might not know had existed and older fans can look back on. We are very excited to share it with everyone. You’re just as big of the reason why it exists as we are.