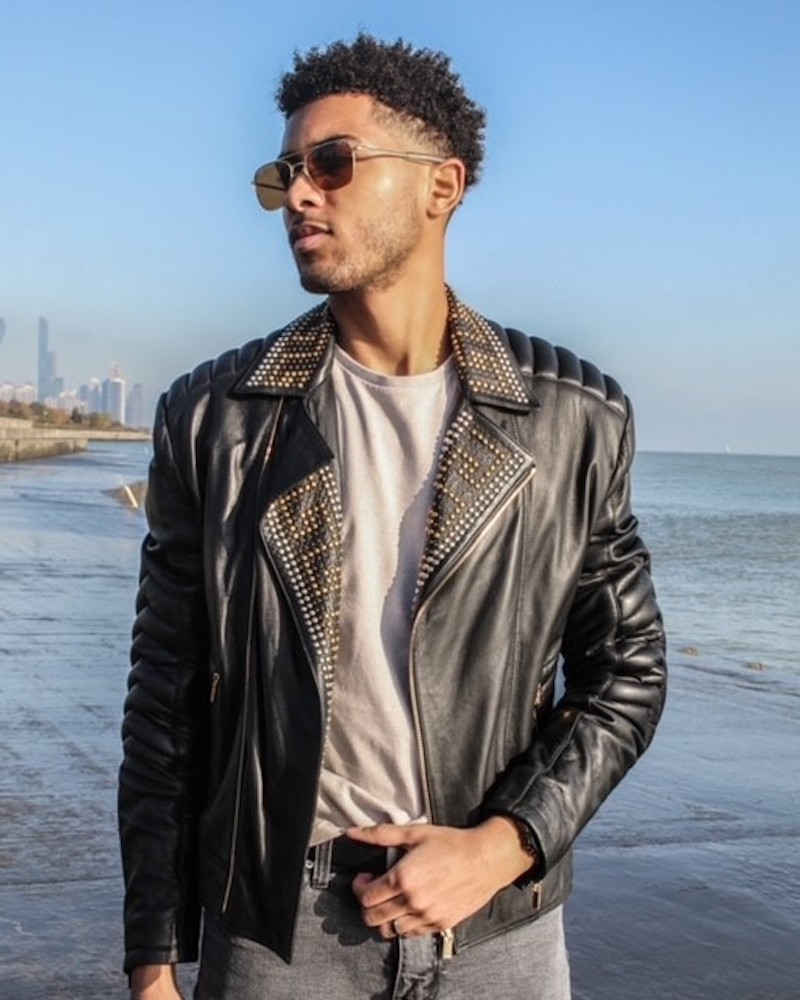 There’s a saying that goes: “If I don’t feel it, then I don’t want to sing it.” It’s one that’s become a mantra for 22-year-old singing and dancing sensation Isaiah Pittman V, better known to the masses as IP5. For over a decade, this star has continued to rise, and now is his chance to shine. Growing up in Chicago’s Hyde Park neighborhood, Isaiah was surrounded by music. He started singing when he was two years old, and within a few short years he began pursuing it as a career, thanks to his father. “Pretty much, he and I used to sing when I was a kid,” Isaiah recalls, “and then I started taking dance lessons.” In his class were the daughters of Barack and Michelle Obama, Sasha and Malia. Isaiah retroactively performed for our 44th President during a recital without knowing that Obama would one day run the country.

At seven, his family was bound for Terre Haute, Indiana, a small city just southwest of Indianapolis. He continued to hone his craft, and it wasn’t long before he had a full-fledged routine. By 12, he was performing in Gary, Indiana at the Michael Jackson memorial. “That’s when it all started blowing up, where everyone was like, ‘wow this kid really has something going for him,’” Isaiah recalls. Michael Jackson was arguably a massive inspiration for Isaiah growing up, as were performers like Sammy Davis, Jr. and Jackie Wilson. “One of the first songs I learned to sing was ‘Reet Petite,’” he says with a laugh. Yet he found his swagger with newer acts like a then young Chris Brown, Usher, and Bruno Mars. The combination of those worlds bred Isaiah and he emerged his own artist. By 16, his family was again bound for Chicago, where Isaiah later enrolled in the Illinois Institute of Technology, majoring in Chemistry. His focus was still set on performing, dropping songs and covers on Soundcloud, slowly building his buzz. IP5 is now geared to level up.

The release of his first single “Yea,” brings a fresh new provocative take on his style. “I am 22 after all,” he says coyly. The song is about the sexual energy (and tension) between two would-be lovers. Other songs reflect varied angles of his sound, moving from R&B to hip-hop and even straight up rapping. His main focus, however, is to deflect from the stigma that currently surrounds the Chicago hip-hop landscape by changing that narrative. “There’s already enough negativity and disrespect to young Black men and women,” he adds. “What I really want to do with my music is show there’s more to the music we are capable of offering.” That includes live vocals, dancing, and carefully constructed hit. His fashion sense is even a switch up from the norm, turning toward crisp threads and suits from the throwback likes of Duran Duran, only with the added flair that only IP5 can bring. IP5 hopes to title his project Unfinished Business, because there was a lot of that happening in his career. Until now. “I’ve been doing this professionally since I was 10 years old,” he reflects. “This is my re-entry into what I’ve been doing for over a decade.”

You can connect with IP5 via the following links: