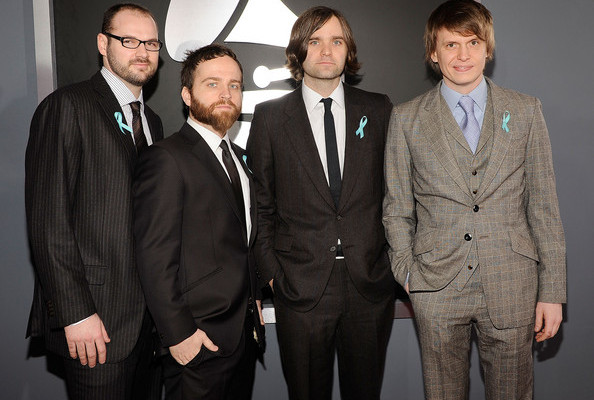 After seventeen years as Death Cab For Cutie’s guitarist, Chris Walla has announced that he will be leaving the band he helped form. You can read the full statement below.

“We’ve had an incredible 17 years of making music with Chris. We are very proud of what we’ve accomplished together, including our 8th studio album which we have just put the finishing touches on.
We will miss Chris and wish him all the best in the next chapter of his career. We are excited about sharing new music, and seeing all of you very soon.” – Ben, Nick and Jason

Chris will be joining the band on the remainder of the summer festival shows through the Rifflandia Festival in Victoria, BC over the weekend of September 11-14. The new, yet-to-be-titled Death Cab album was recorded with producer Rich Costey and is slated for release in early 2015.

“I will miss being a quarter of this band, and will support whatever course Death Cab for Cutie chooses from here. I am profoundly grateful to Ben, Nick, and Jason, for the experiences that define my adult life. Truly grateful, beyond words. Thank you.

I am also grateful to, and deeply humbled by, all of our fans. Without you, music would be mere ‘content’ and nothing could possibly be sadder than that. Thank you all, so dearly.”