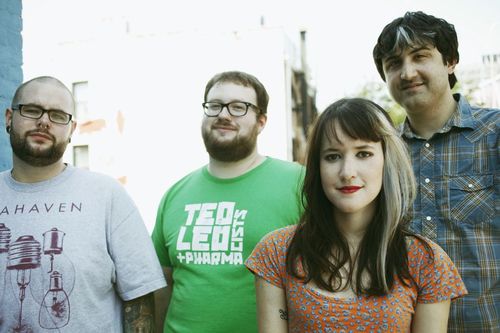 Chris Migliorese has parted ways with Candy Hearts. You can read the statement the band released on their Facebook below.

I didn’t want to really mention this or draw a lot of attention to it because it’s really just not a big deal, but so many of you are asking since he posted on twitter yesterday. Christian is no longer playing in Candy Hearts. We want to assure you that the three of us (Kris, Matt and I) believe this is the best possible move for our band. We are more excited than ever to make a new record, tour and keep getting our music out there to you guys – because you mean the most us.

For right now, our lovely friend John is going to be playing with us. We’re super excited to see you all at Skate and Surf and Pouzza Fest. Let’s eat poutine and ride some roller coasters! We’ve been working hard on writing a new record and we have plans to visit you all soon, which we’ll tell you about later!

Love & light,
Mariel (and the boys)

P.S. IDK why I signed it like that. I saw it on Real Housewives. It seemed like the right thing to do.”