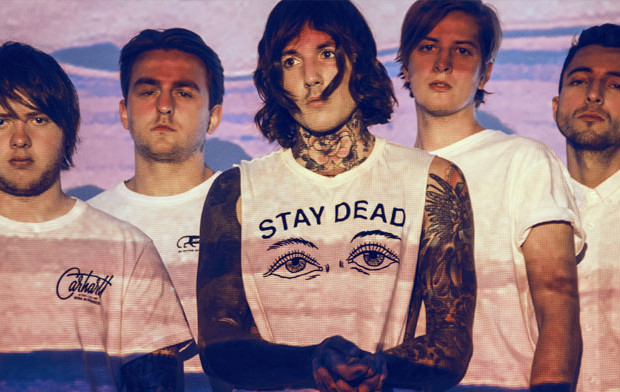 Oli Sykes and Jordan Fish will climb Mount Kilimanjaro to raise money for Southampton Hospital’s Paediatric Intensive Care Unit where Fish’s infant son is currently being treated. You can read the long Instagram post Fish made about the decision and the current health complications his son is facing below. Fish and Sykes have started a JustGiving page to help raise money, the website can be found here.

On the evening of Sunday 21st August, our 4 day old baby Eliot suffered what we eventually found out was a Brain Haemorrhage. My wife Emma and I reacted as quickly as we could as soon as we began to feel his crying changed from what you would consider ‘normal’ to something else. We called an ambulance in the early hours of the morning and did our best to keep him calm, awake and alive. In terms of Eliot’s recovery, we still have a very long way to go and we are taking each day at a time, however he is still alive to fight, he is breathing on his own and we are seeing small improvements every day. He is a little fighter and has shown amazing signs of recovery already, even at this early stage. We owe that completely to the Nurses, Doctors, Neurologists and staff at PICU. While in hospital I decided that I would focus myself on doing something positive for the ward and trying to raise enough money to pay for a new bed for them. Oli asked immediately if he could join me and help raise as much awareness for this cause as possible.