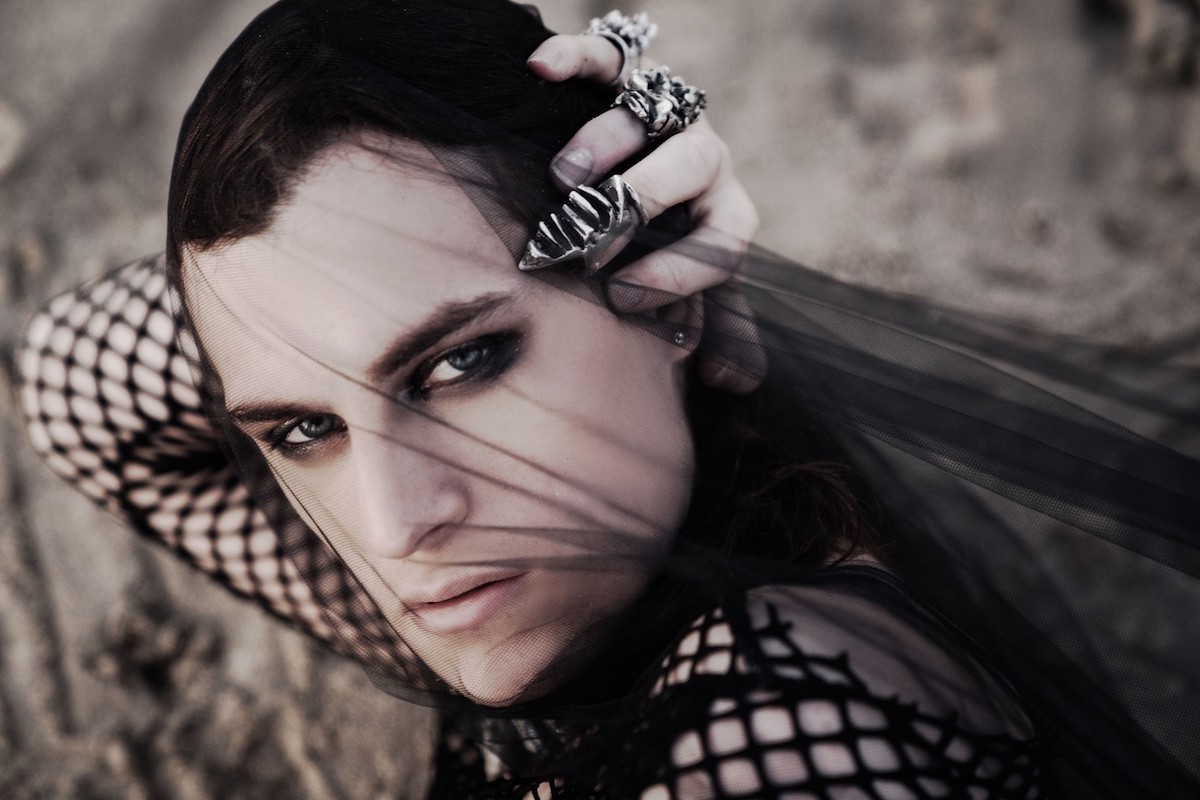 The family of Harry Hains has released the animated video for his first posthumous
single “Good Enough” transporting viewers into the world of ANTIBOY, one free of societal constraints and labels.  The video was animated and edited by @FVCKRENDER and was produced by Harry’s brother Sam Hains.  The visually stunning animated video depicts Harry’s vision for the future of our world, showing the souls of two beings – equally human and bionic – longing for connection, acceptance, and love. “Good Enough,” released under Harry’s artist
name ANTIBOY, is the first track from his forthcoming concept album A Glitch in Paradise, due out later this year.  A multi-dimensional and compelling musician, actor (most noted for American Horror Story and The OA), artist, and model, Harry didn’t define himself by the constructs surrounding us.  On the heels of PRIDE and at a time when society is rising up to break down old systems of oppression and demanding equality for all, Harry’s inclusive perspective and forward-thinking vision, found at the intersection of our conversations on sexuality, gender, race and self-expression, endures because of its cultural relevance.  Harry’s concept of ANTIBOY (watch the trailer HERE) offers a portal into an age of existence where there is complete unparalleled freedom to live without preconceptions and societal labels.  In a digital utopia where there is no inequality, prejudice, or toxicity, Harry (as the genderless transhuman being ANTIBOY) imagines a world in which the human mind and the bionic body merge.  Harry lived this through his own identity, which was gender fluid, shapeshifting and open to interpretation just like his music.  The focus on the merger of the human consciousness with artificial intelligence, of non-binary existence, and Harry’s robotic, neutral vocal delivery negates gender and labels, opening up a conversation about what the future of our species should and could be.

An amalgamation of rock, electronica and gothic pop that cannot be distilled into one type of genre or emotional palette, A Glitch In Paradise explores the virtual world of ANTIBOY as he re-lives his mistakes in order to try to correct them and find happiness.  But ANTIBOY experiences glitches and gets stuck in an endless loop of heartache, inspired by Harry’s relationship with then partner Mike. This is introduced in the lyrics of “Good Enough,” a track that questions being good enough for a partner and feeling incapable of moving on-“You remind me how it hurts / Make me forget what I learned / Remind me how it hurts / Maybe it’s all too much / Maybe I’m not pure enough for you? / Maybe I’m not good enough for you / Maybe It’s too much force for you / You won’t tell me that you love me / Why do I try / You won’t tell me that you love me / It’s all a lie,” Harry sings gently over emo guitar chords and sparse beats.  Growing up in Melbourne, Australia, Harry’s uniquely imaginative mind blossomed as a child.  He created horror films on his camcorder and wrote short stories and countless poems inspired by Sylvia Plath and EE Cummings.  His patch eventually led him to London for modeling and then to LA to pursue his passions for acting and music.  He lived, ate and breathed music, film and art creation.  For Harry, art should not be constrained to what it has been previously, just as human existence should be free to evolve.  His songs are Trojan Horses packed with such revolutionary ideals.  Although Harry isn’t here to speak for his creations, they speak for him, offering up the view he had for a limitless and more modernized world.  You can stay up-to-date on all upcoming news via the following links.  Photo Credit: Candice Ghai.