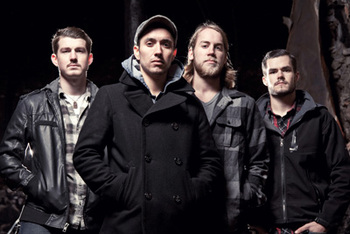 Solid State Records’ latest band signed, The Overseer, has announced that they will be releasing their debut album We Dig on June 19th.

“We Search, We Dig is an aggressive rock record that’s going to be a refreshing sound to this generation and today’s music scene. Fans are really going to love the expected heavy aspect of the album… But it’s not a ‘breakdown’ heavy, exactly.The album has a lot of smooth softer rhythms and melodies that really set up big impacting choruses and riffs.” – Bradley Riggs