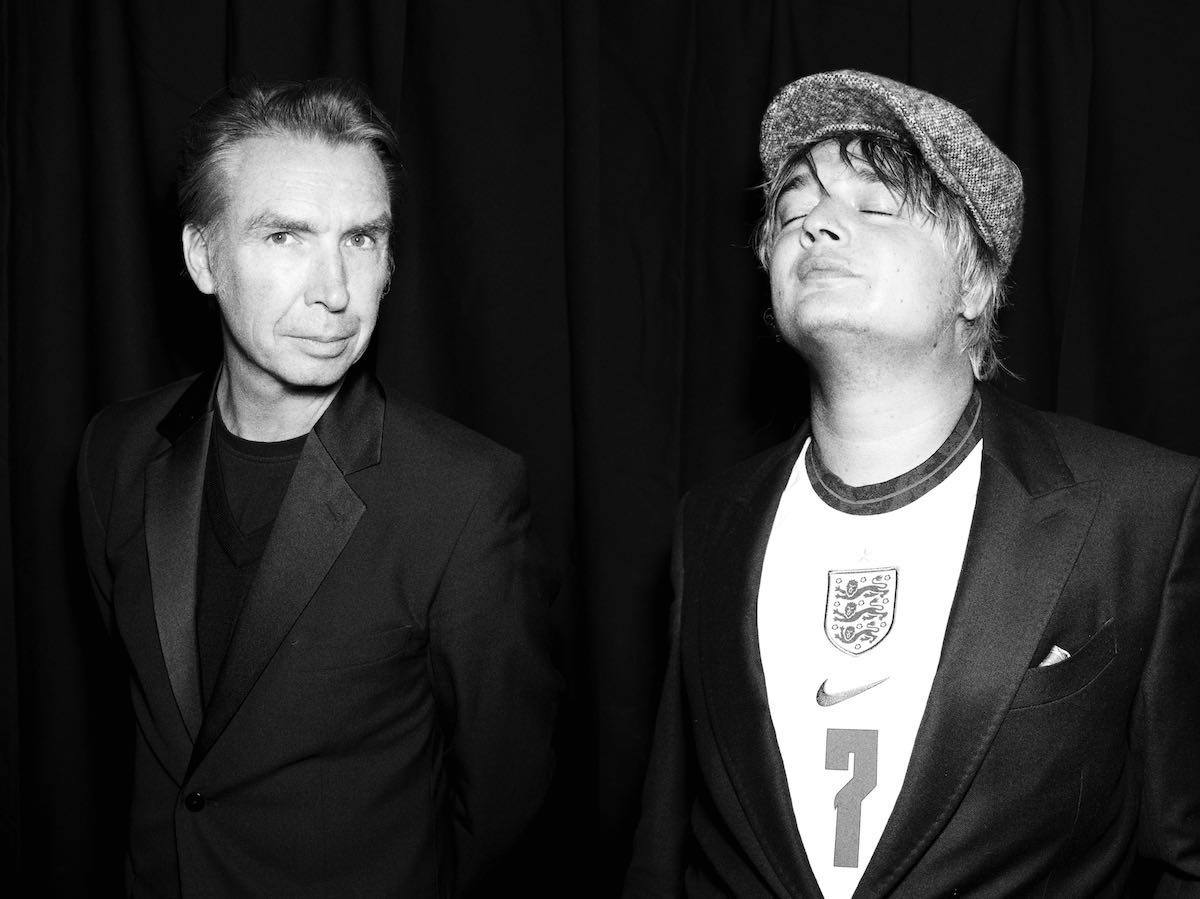 Peter Doherty & Frédéric Lo announce the release of their new album The Fantasy Life of Poetry & Crime due out March 18th via Strap Originals. The new single “You Can’t Keep It From Me Forever,” in which Doherty & Lo muse on going clean, is available to stream and download when you preorder the album, here. Following the premiere and interview with NME, fans can watch the video for “You Can’t Keep It From Me Forever” directed and edited by Roger Sargent, filmed by Katia de Vidas, and shot in a bunker in Normandy, below.

“It reminds me of an early Smiths song or some of the more melodic Suede stuff. An old Skool classic indie guitar anthem. It’s some sort of subconscious yearning for things. ” says Peter Doherty, “At the time we wrote it, I was really white knuckling it with the drugs, with a kind of feeling it was just going to be a matter of time before I went back to it. It hasn’t turned out that way, but you could apply that to any sort of yearning really.”

Peter Doherty tells NME, “It’s more turning inward. A lot of it was inspired by films and the few years I was in Margate before I ended up in lockdown in Normandy and then completely separated from England and from addiction. I was getting clean. I suppose there was just so much recklessness for such a long period of time and not really caring what anyone else thought that it reverses and all of a sudden you go from having no pressure to being hyper-sensitively aware of this new expectation…I think the creative process is like an addiction in itself. I need to write songs, and I’ve never really got to the bottom of it.”

Frédéric Lo also tells NME, “We were like a songwriting duo, and we loved that because we were talking a lot about The Smiths, The Clash, and The Beatles. When Peter screams on this album, it’s a little bit like a John Lennon style, and I’m playing this music like ‘60s pop tunes.”

The duo have released also released their new single for “The Epidemiologist,” the latest track lifted from the pair’s forthcoming album The Fantasy Life of Poetry & Crime due out March 18th via Strap Originals. The single speaks to being optimistic through difficult times and is accompanied by a new music video, filmed and directed by Roger Sargent (The Libertines, Fat White Family, Baxter Dury).

The Fantasy Life of Poetry & Crime is another beguiling left turn by one of our most prolific artists, Peter Doherty, once again defying those critics who have written him off and producing his finest work to date. Peter’s deft lyricism combined with Frederic’s delicious francophone musical arrangements is a marriage made in heaven. Written during lockdown and produced by Frédéric Lo, The Fantasy Life of Poetry & Crime was recorded at Cateuil in Étretat (Normandy) and Studio Water Music in Paris and mixed by François Delabrière at Studio Moderne in Paris. The album will be available on vinyl (in multiple colors), CD, cassette, and digital download, along with exclusive and signed items from Peter Doherty’s official store, here.

Frédéric Lo is a French musician, musical director, composer, arranger, music producer and singer-songwriter. Living in Paris, Lo is most notably known for his work in duet with Daniel Darc and for his work with Pony Pony Run Run, Stephan Eicher, Maxime Le Forestier, Christophe Honoré, and Alex Beaupain.

You can keep up with Peter Doherty & Frédéric Lo via:

May 21 – Liverpool, UK @ Jacaranda at The Cavern Club