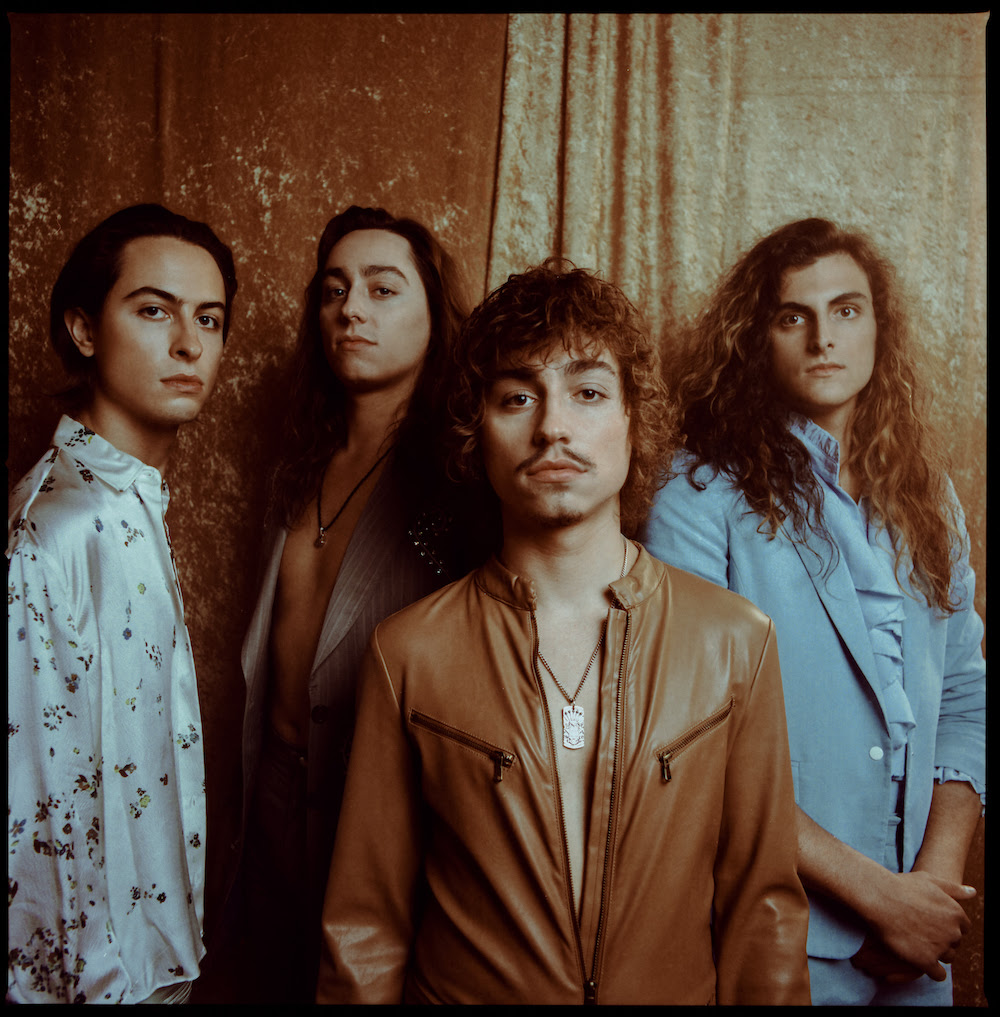 the Michigan four-piece rock band Greta Van Fleet shines in a new live performance video for their single “Heat Above”. “Heat Above” is the band’s latest track from their upcoming sophomore album The Battle at Garden’s Gate scheduled for release on April 16th, 2021.
Dressed in all white, Greta Van Fleet, a band that’s used to playing sold-out theaters lights up an empty stage in Nashville with one electrifying performance.

Forming in 2014, the band consists of brothers Josh Kiszka (vocalist), Jake Kiszka (guitars/backing vocals), and Sam Kiszka (bass guitar/keyboard/backing vocals), and Danny Wagner (drummer) the band made a name for itself back in 2017. Greta Van Fleet was both new and nostalgic. The band balanced being old-school rockers and modern heartthrobs.
Three years since their debut album Anthem of the Peaceful Army it seems that Greta Van Fleet are maturing and are still sculpting out their vision of rock n’ roll in the modern era.