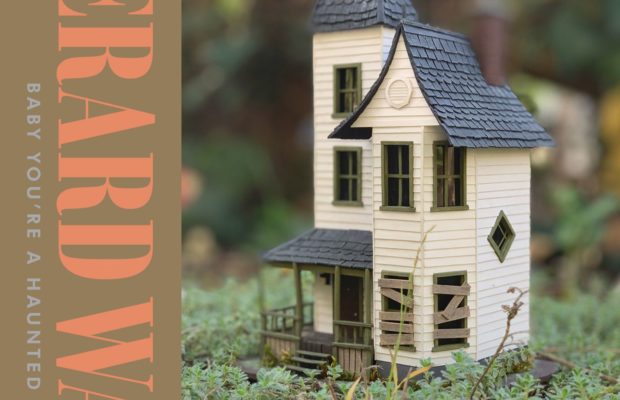 Gerard Way has made a return with his new single “Baby You’re a Haunted House,” which is his first release since 2016’s Hesitant Alien Record Store Day b-sides. Way put out a statement about the song yesterday on his Facebook, saying “So glad that people are enjoying the song, here is a bit about it. #byahh.” He attached a photo of the single’s artwork with the following written over it.

Hey all! I wrote a song called “Baby you’re a haunted house” about all our inner ghosts and demons and what it feels like being in love and having to deal with your own internal Horror Show. I tried not to overthink it too much as I really wanted to start getting music out into the world again and sharing my art. The haunted house was built by a model maker named Damien Webb and it kind of inspired me to put the song out for Halloween, as it seemed fitting with the holiday. I hope you enjoy the song. It was a lot of fun to and features my brother Mikey Way on bass, Tom Rasulo on drums, guitar and vocals by me, and additional guitar by Ian Fowles. Recorded by Doug McKean. XO g.

Be sure to check out the lyric video for the track, or stream it here.