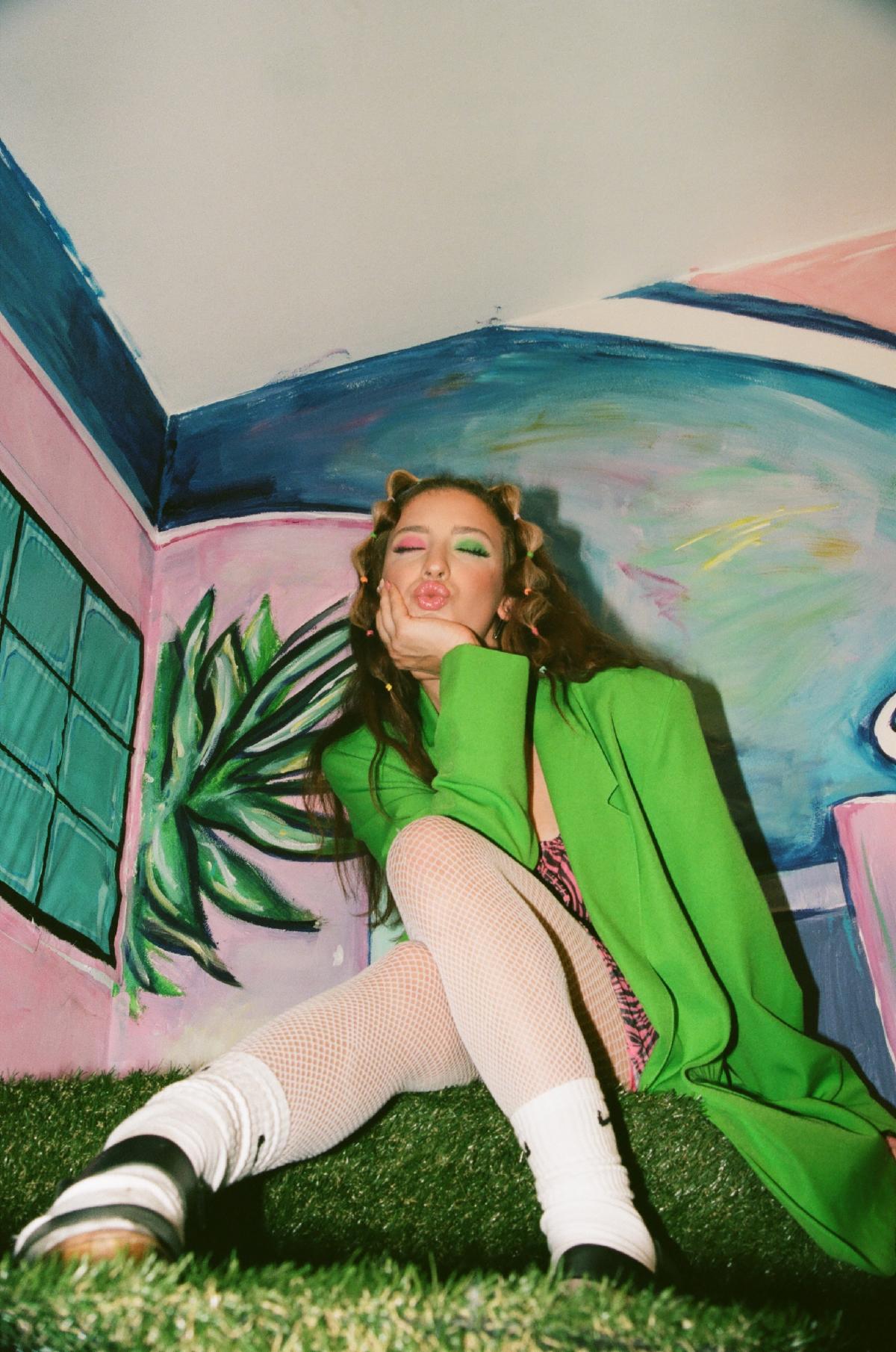 Emerging pop prodigy Pepper Lewis has released her new single “Same Stuff” alongside the announcement of her forthcoming debut EP She Told Me To Sing My Heart Out – due December 3 via AWAL.  “Same Stuff” is a swirling, cathartic song which was written as an authentic attempt to free herself from the weight of negative emotions and captures the feeling of being stuck in a cycle of depression to serve as a reminder for Pepper and others to take care of their mental health.

“I know I’m not the only one who feels this way,” says Pepper on the single. “If this song validated someone else’s experience with depression, we are healing together”
Inspired by Pepper’s tumultuous teenage years and fulfilling a promise made to her mother shortly before her passing, She Told Me To Sing My Heart Out is a collection of brutally honest, thoughtful pop songs that preserve her mother’s spirit, draw strength from pain, and speak to owning every facet of your story – even the darker chapters – in the wake of losing her biggest cheerleader at the age of 15.  “Same Stuff” continues the hot streak of sparkling pop gems kicked off by Pepper’s debut single “Planetarium.” Cowritten with Rory Adams, “Planetarium” is a soulful, funk-infused ode to the awkward and those who struggle to be vulnerable after putting up walls to protect themselves. Based on Pepper’s own story of growing up without anyone to give her dating advice, the song speaks to trying to open up when you’re more comfortable putting distance between yourself and reality.  “In the song, the date that I’m on is supposed to take place in a planetarium, while I’m a little bit high, stepping on the guy’s shoes while we’re trying to dance,” says Pepper. “Which is a perfect metaphor for my love life.”  A self-professed “old soul,” Pepper found herself largely outcast by her peers. A prolific songwriter who draws her lyrics, her desire to help and connect with others, and her incredible drive from her own life experiences, Pepper’s passion for music found her filling notebook after notebook with lyrics and making demo CDs on her lunchbreak in the school library. Pepper uses the message in her music to validate others and provide them with the support network she had always wanted for herself growing up.  “I just wanna make excellent music and write excellent lyrics that connect with my peers and gives them a little hope,” says Pepper.  That’s what I’m working so hard for because that’s what I’m here for.”

Raised in Queens and Long Island, Pepper knew she wanted to be a musician at a young age and counts Bruce Springsteen, Amy Winehouse, Bob Dylan, EllaFitzgerald, Lily Allen, Barbra Streisand — and even Hannah Montana, who showed her that girls could make music, as formative influences. Coupled with her parents’ support, Pepper’s unshakeable and innate work ethic compelled her to spend most of her childhood studying voice, guitar, and songwriting.  Auditions for open mic nights led to her first big break – performing Etta James’ “At Last” at the legendary Apollo Theater to a standing ovation.  After buying a one-way ticket to LA, she booked herself writing sessions and ended up writing music for TV shows such as Catfish, Vanderpump Rules, and The Real Housewives franchise, all while working tirelessly on her own original songs.  You can connect with Pepper Lewis via the following links.  Photo credit: Noah Hellman.
TikTok | Instagram | Twitter | Facebook | YouTube | Spotify