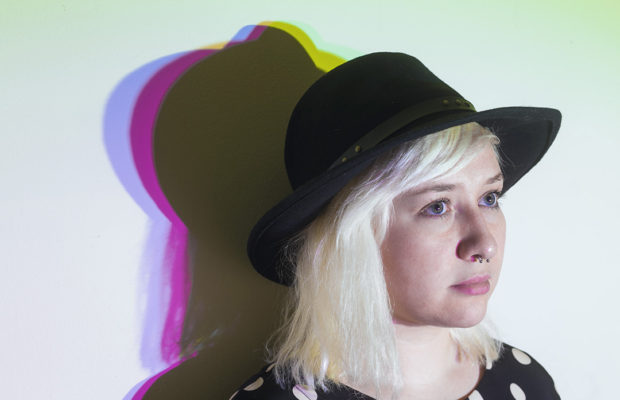 Getting her start in 2014, New York-based photographer Julia Drummond now has a portfolio filled with images of The Kills, Daughter, James Bay, and more. From her ability to capture vibrant lights and energy-packed moments onstage and captivating portraits offstage, Julia opened up about how she got her start, who some of her favorite acts to photograph are, and more.

I think when I was 7 or 8. The apartment we lived in had a dark room and my dad would spend a lot of time there. I would peek in occasionally and he would show me how to develop film. When I was 15 or so, I got my first point and shoot camera. My family travelled a lot so I would take photos on the road. But I didn’t have any real interest in photography until 2010 when I started going to shows in New York and seeing photographers in the photo pit. And then in 2014 I came across an ad on Craigslist looking for a photographer for a small music blog based in Philly and that’s how it all started.

I think the first show I took photos at was Broken Social Scene at Terminal 5 a few years back. I got some bad photos from that night because I was shooting from the third level. But the first show I ‘officially’ photographed was White Lies at Webster Hall on the 25th of February of 2014. And then I went traveling for a year and didn’t start doing music photography again until May 2015. I don’t know if I would have changed anything shooting that first show. I remember being quite happy with the photos, but that’s because I was new and excited about shooting and being the pit. It’s when I started doing it more often I realized how much I needed to work on.

I don’t know if I can describe it. It really depends on who it is I am photographing. When I am shooting a show, I try to focus on things that people would be interested in looking at and can’t necessarily see since not everyone gets a chance to get close to the stage. So, I concentrate on small details, facial expressions, hand gestures, guitar stings, hair flips (haha)

When I shoot portraits, it’s little different. You are working directly with the artist and it’s very much a collaborative process.

You have photographed a number of bands over the years, is there a band/artist that you particularly enjoy photographing the most? If so, who and why?

The Kills is probably my favorite band to photograph live. They are true rock stars and they never disappoint. And as of late, CHVRCHES. Since their first record, they’ve grown as performers tremendously. I’ve seen them 5 times this year and every single time has been exciting.

This is a tough question. Out of the recent ones, I do like the photo I took of Christine and The Queens at her show at Terminal 5. It was really just about being quick and making it to the right side of the stage in time. Another one is of Jamie Hince from The Kills. They played in a venue that doesn’t normally have a photo pit. I couldn’t get there early enough, but managed to get this shot of Jamie that I quite like. And that’s what I enjoy about music photography is that you are constantly being pushed to be more creative, work with what you have and make the best of it.

My favorite portrait experience was at Newport Folk Festival this year when I met Joshua Asante of Amasa Hines. He is also a photographer and he had his camera with him that day. It was really beautiful out so we walked around the festival grounds and took portraits of each other.

I don’t think about it as much as I used to because at the end of the day, I won’t stop doing what I am doing just because everyone is doing it. I am not trying to be the best photographer in the world. I just want to make something cool with people I like and admire.

As a photographer who is very active on her social media accounts, what importance do you feel social media websites such as Twitter, Facebook, and Instagram hold in your career and the career of photographers around the world?

I don’t think I am that active on social media. I only use Instagram because I enjoy sharing my photos and connecting with people which sometimes does lead to interesting projects. I don’t think having thousands of followers is important to your career as a photographer, but I have gotten some exposure through Instagram and occasionally get contacted for prints and other work.

Shoot as much as a you can and don’t stick to one genre. Ask questions, but do your research first.

Photo of Julia by Mallory Turner